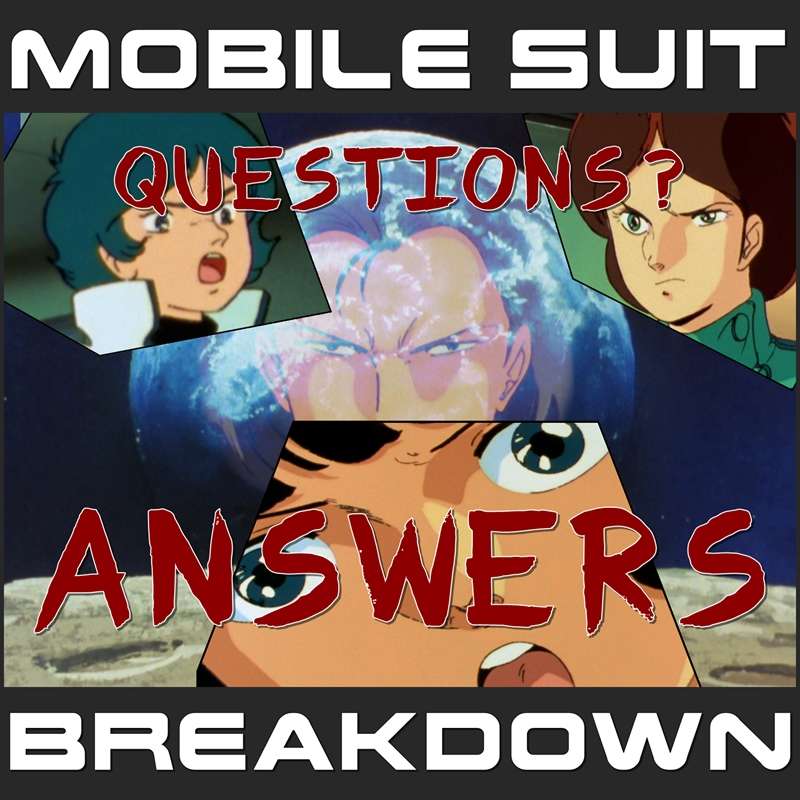 Our show-notes are a bit odd this week - no sources, just the text of the questions submitted to us. We have done little or no editing of them, so for the most part they are exactly as they were submitted to us.

If you could remake Gundam…