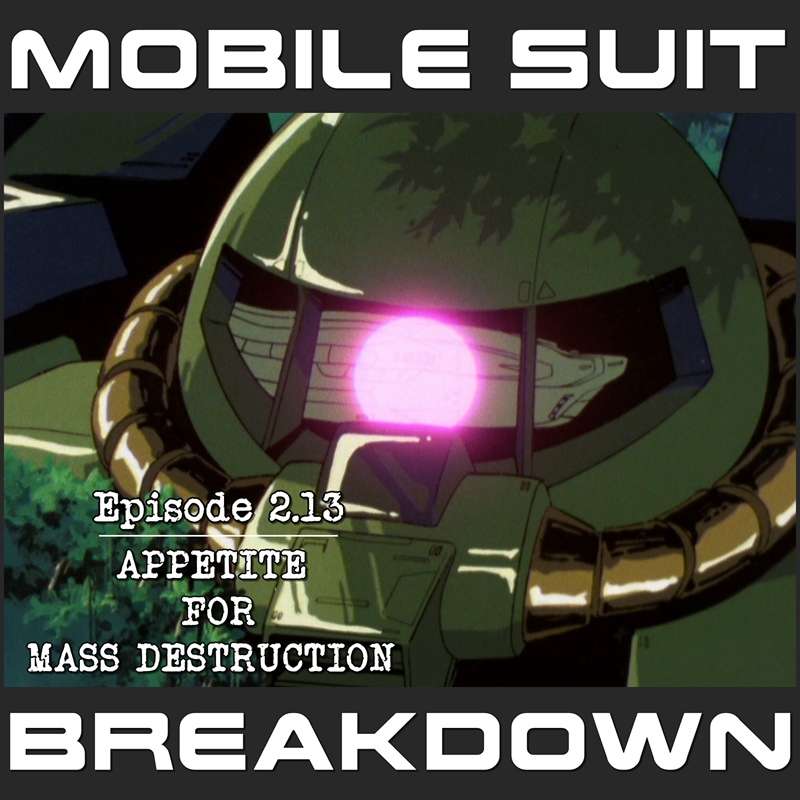 The Amazon Is Burning

This week, we recap, review, and analyze Mobile Suit Zeta Gundam (機動戦士Ζガンダム) episode 12 - “The Winds of Jaburo” (ジャブローの風), discuss our first impressions, and provide commentary and research on nuclear explosions, the Fall of Saigon, and Mobile Suit Variations.

- And pages on the effects of nuclear explosions, including blast waves, mushroom clouds, nuclear electromagnetic pulses, and condensation clouds.

- Video of underwater nuclear tests (Wahoo and Umbrella, in the 1950s).

- About the Partial Test Ban Treaty (which banned all testing except underground testing).

- Federation of American Scientists (an NGO founded by alumni of the Manhattan Project) page on underground nuclear testing.

- Footage of an underground nuclear explosion.

- Paper on the containment of underground nuclear explosions, with descriptions of how they work.

- Article about underground testing at the Nevada facility where more than 800 tests were performed.

- Wikipedia pages for the Fall of Saigon and Operation Frequent Wind.

- Collection of photographs from the end of the Vietnam War.

- Timeline and personal account of the final days of the Vietnam War by Pulitzer Prize-winning journalist Peter Arnett, who was there at the time reporting for the Associated Press.

- Newsweek article from the 40th Anniversary of the Fall of Saigon.

- Famous rooftop-evacuation photos, by Hubert van Es (at that time a photographer for United Press International).

- Paper discussing US media depictions of the end of the Vietnam War. Most relevant to our discussion, it touches on how the end of the war was perceived to affect diplomatic relations with other Asian nations.

- Paper on Japanese media portrayals of the Vietnam War, and Japanese public’s perception of and reaction to the war:

How The Japanese Protest Movement From 1964 To 1968 Changed The Japan-United States Bilateral Relationship During The Vietnam War, Justin Gervais

- Article from the Japan Times about Japan’s role in the Vietnam War, particularly Okinawa's, and the war’s lasting effects on the region.

- Per our discussion about the fires in the Amazon rainforest:

- The song for the TNN segment is LAST DAZE by Robbero (c) copyright 2018 Licensed under a Creative Commons Attribution Noncommercial (3.0) license.