2.45: Stronger in the Broken Places 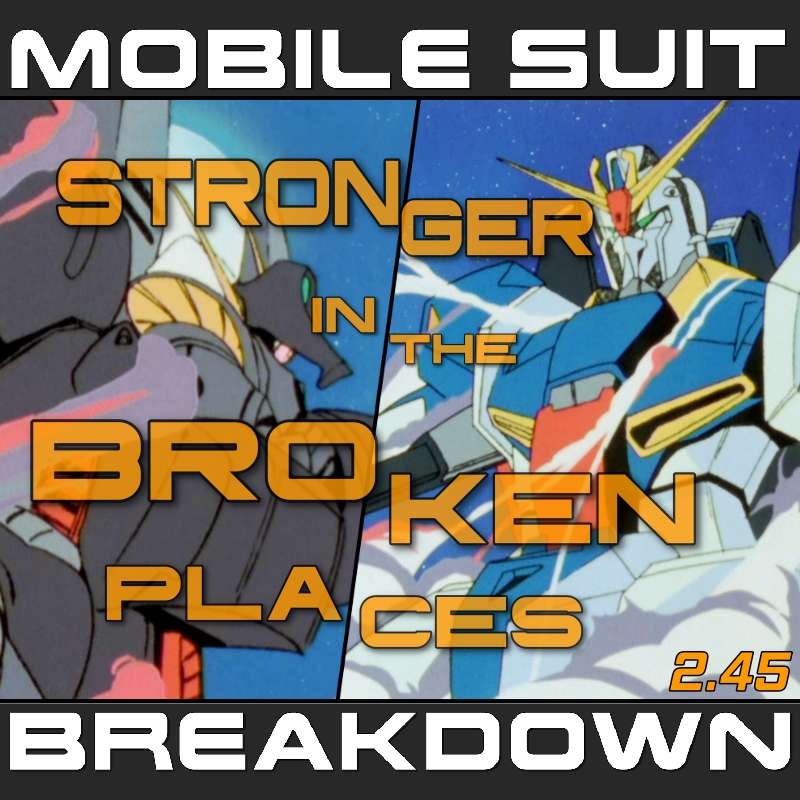 The world breaks every one and afterward many are strong at the broken places. But those that will not break it kills.

This week, we recap, review, and provide analysis of Mobile Suit Zeta Gundam (機動戦士Ζガンダム) episode 44 - "The Gate of Zedan" (ゼダンの門), discuss our first impressions, and provide commentary and research on the inspiration for Haman Karn's name.

- English Wikipedia page for Herman Kahn. - A profile of Herman Kahn in the New Yorker, written as part of a review of a biography of the man:

- New York Times article from Tokyo correspondent about the reaction in Japan to Herman Kahn's work:

- Article published by Kahn about Japan, around the same time as his first book about Japan:

- Audio of an interview with Herman Kahn from circa 1967 about his book The Year 2000. CONTENT WARNING: VERY 1960s ERA DISCUSSIONS OF RACE AND RACIAL TENSIONS. Interview by Patricia Marx for WNYC.

- The TNN includes the following music:

You can subscribe to Mobile Suit Breakdown for free! on fine Podcast services everywhere and on YouTube, follow us on twitter @gundampodcast, check us out at gundampodcast.com, email your questions, comments, and complaints to [email protected]