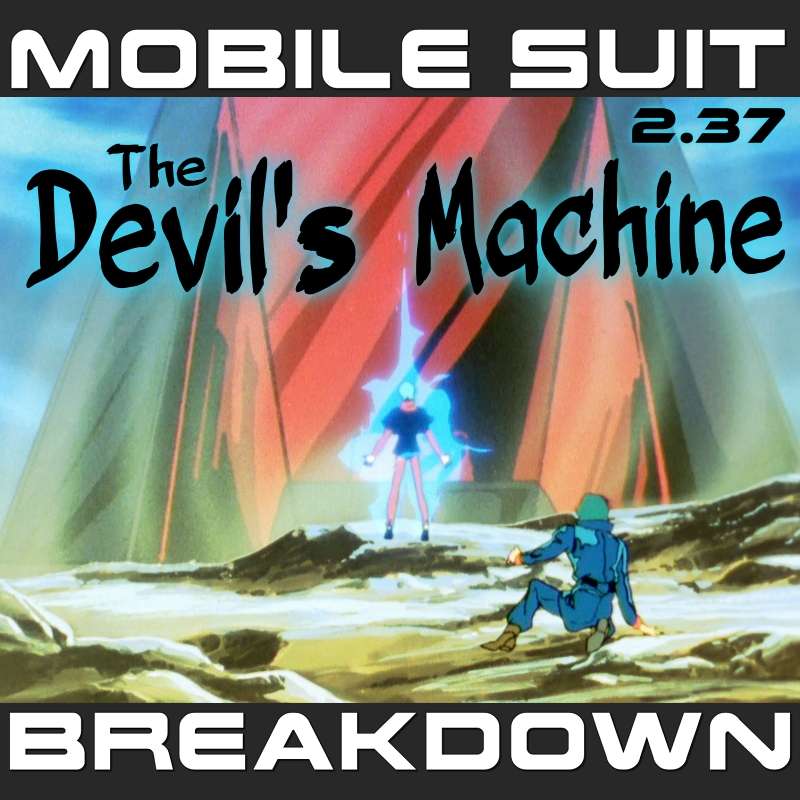 So I ran to the Devil; he was waitin'

This week, we recap, review, and analyze Mobile Suit Zeta Gundam (機動戦士Ζガンダム) episode 36 - "Forever Four" (永遠のフォウ), discuss our first impressions, and provide commentary and research on the Tanzania, Mt. Kilimanjaro, and a language note about the name "Bidan."

- Wikipedia pages for background the history of Tanzania, the "scramble for Africa," German East Africa, League of Nations mandates, and Julius Nyerere.

- Notes on the origin of the name Kilimanjaro:

- A brief biography of the German military commander in German East Africa during World War I: Paul von Lettow-Vorbeck.

- A brief history of Tanzania's road to independence from South African History Online.

- A more detailed political history of the rise of Tanzanian nationalism in the mid-20th century, from the African Democracy Encyclopaedia Project.

- Vatican News profile on Julius Nyerere, including mention of a campaign to beatify him:

- An alternative take on Nyerere from marxists.org:

- Wikipedia pages for Diogenes and the Nile.

- A lot of the sources available in English that discuss Kilimanjaro, as well as myths, legends, and beliefs about the peaks, are from trekking companies that organize climbing expeditions (or first-hand accounts by English speakers who have done a trek and heard the stories from locals they met). One such trekking company, Thomson Treks, was the source for some of my information on Kilimanjaro as the suspected source of the Nile, the story of how Kibo and Mawenzi came apart, the mythical elephant graveyard of Kilimanjaro, and the myth that the top of Kilimanjaro is where the gates to the afterlife/underworld are located.

- Article in a geography periodical discussing the ongoing debate over the "source" of the Nile.

- Book that recounts the story of how the mountains came to be. Content Warning: while this book offers a good re-telling of story, the other parts of the book that I read (not very much, but still) seemed racist and dismissive towards the Chagga people:

Dundas, Charles. Kilimanjaro and Its People: a History of the Wachagga, Their Laws, Customs and Legends, Together with Some Account of the Highest Mountain in Africa. Routledge, 1968. Access it on Google Books here.

- Another trekking company (Secret Compass) overview of the Kilimanjaro region. Page briefly covers local folklore, including the creation of the mountain, the scarring of Mawenzi, the elephant graveyard, and the Wakonyingo.

- Travelogue-style book, with a longer and more detailed version of the story of how Mawenzi became so scarred:

Newsham, Brad. Take Me with You: a Round-the-World Journey to Invite a Stranger Home. Bantam, 2002. Access it on Google books here.

- The music used in the TNN is "New York City (instrumental)" by spinningmerkaba. Available at http://dig.ccmixter.org/files/jlbrock44/30389. The music used in the tribute to Four Murasame is Rains Will Fall by Kevin MacLeod (https://incompetech.filmmusic.io/song/4262-rains-will-fall) and Sovereign Quarter by Kevin MacLeod (https://incompetech.filmmusic.io/song/4396-sovereign-quarter). All three songs are licensed pursuant to a Creative Commons 4.0 Attribution License: http://creativecommons.org/licenses/by/4.0/

- The translation of Ōta Dokān's death poem can be found in _Japanese Death Poems: Written by Zen Monks and Haiku Poets on the Verge of Death_. Trans. Yoel Hoffmann. Charles E. Tuttle (Tokyo 1986).